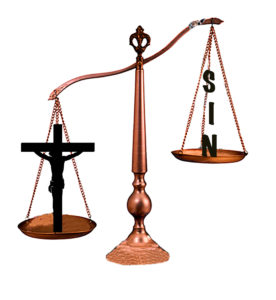 #1  We are not to judge others’ motives or speculate on the depth of their sins.    God, who knows the heart and the depth of one’s sin, He will judge.

Therefore do not go on passing judgment before the time, but wait until the Lord comes who will both bring to light the things hidden in the darkness and disclose the motives of men’s hearts; and then each man’s praise will come to him from God.         1 Co 4:5

For who among men knows the thoughts of a man except the spirit of the man which is in him? 1 Co 2:11

Sometimes we are not even sure of our motive for doing something: if it was for God’s glory or our own, or somewhere in between!

#2  As members of the body of Christ, we are to judge actions and words that clearly violate God’s revealed commands of those individuals that claim to be God’s righteous ones.

#3  Our judging must be based on fact, not hearsay, and we must have one or two other witnesses to confirm the evidence.

Stop judging by mere appearances, but instead judge correctly.” Jn 7:24

It is actually reported that there is sexual immorality among you, and of a kind that even pagans do not tolerate: A man is sleeping with his father’s wife.  And you are proud! Shouldn’t you rather have gone into mourning and have put out of your fellowshipn the man who has been doing this?  For my part, even though I am not physically present, I am with you in spirit.  As one who is present with you in this way, I have already passed judgment in the name of our Lord Jesusp on the one who has been doing this.  So when you are assembled and I am with you in spirit, and the power of our Lord Jesus is present,  hand this man over to Satanr for the destruction of the flesh, so that his spirit may be saved on the day of the Lord. 1 Co 5:1-5

One witness is not enough to convict anyone accused of any crime or offense they may have committed. A matter must be established by the testimony of two or three witnesses. Dt 19:15

Do not entertain an accusation against an elder unless it is brought by two or three witnesses. 1 Ti 5:19

#4  Other types of witnesses can be used to confirm the facts.

Jesus had four witnesses: John the Baptist, the miracles, Father, the Scriptures.

“If I testify about myself, my testimony is not true. There is another who testifies in my favor, and I know that his testimony about me is true. “You have sent to John and he has testified to the truth.  Not that I accept human testimony; but I mention it that you may be saved.  John was a lamp that burned and gave light, and you chose for a time to enjoy his light. “I have testimony weightier than that of John. For the works that the Father has given me to finish—the very works that I am doing—testify that the Father has sent me.  And the Father who sent me has himself testified concerning me. You have never heard his voice nor seen his form,  nor does his word dwell in you, for you do not believe the one he sent.  You study the Scriptures diligently because you think that in them you have eternal life. These are the very Scriptures that testify about me,  yet you refuse to come to me to have life. Jn 5:31-40

But when he saw many of the Pharisees and Sadducees coming to where he was baptizing, he said to them: “You brood of vipers! Who warned you to flee from the coming wrath?  Produce fruit in keeping with repentance. Mt 3:7,8

God, in past times would give His prophets, “Words of knowledge” so that they could judge sinners hearts without having other confirming witnesses or viewing the evil actions themselves, since God was approving to the facts.

Jesus had quite a list of the actions that the Pharisees had participated in, and He was also able to judge their motives because He knew what was in their hearts whereas we do not.

#5  We must use discernment to know when to judge and when not to judge for the good of the community and the person being judged.

Do not answer a fool according to his folly, or you yourself will be just like him.

There is a time for everything, and a season for every activity under the heavens. Ecc 3:1

“Do not judge, or you too will be judged. 2 For in the same way you judge others, you will be judged, and with the measure you use, it will be measured to you.

All Scripture is God-breathed and is useful for teaching, rebuking, correcting and training in righteousness, 2 Ti 3:16

We all continue to sin, so if we are pointing out trivial sins in others’ lives, we then can expect to be judged for our small infractions. However, a mature Christian who is walking in the light, should use discernment, when to correct or when not to correct another’s sin Pr 26:4; Pr 26:5; Ecc 3:1,7b for the good of the community and the other person.

#6  Do not judge other Christians over disputable matters.

The Holy Spirit will correct this person in God’s time and in His way.

10 You, then, why do you judge your brother or sister? Or why do you treat them with contempt? For we will all stand before God’s judgment seat…

13 Therefore let us stop passing judgment on one another. Instead, make up your mind not to put any stumbling block or obstacle in the way of a brother or sister.14 I am convinced, being fully persuaded in the Lord Jesus, that nothing is unclean in itself. But if anyone regards something as unclean, then for that person it is unclean. 15 If your brother or sister is distressed because of what you eat, you are no longer acting in love. Do not by your eating destroy someone for whom Christ died. 16 Therefore do not let what you know is good be spoken of as evil. 17 For the kingdom of God is not a matter of eating and drinking, but of righteousness, peace and joy in the Holy Spirit, 18 because anyone who serves Christ in this way is pleasing to God and receives human approval.

19 Let us therefore make every effort to do what leads to peace and to mutual edification. 20 Do not destroy the work of God for the sake of food. All food is clean, but it is wrong for a person to eat anything that causes someone else to stumble. 21 It is better not to eat meat or drink wine or to do anything else that will cause your brother or sister to fall.

22 So whatever you believe about these things keep between yourself and God. Blessed is the one who does not condemn himself by what he approves. 23 But whoever has doubts is condemned if they eat, because their eating is not from faith; and everything that does not come from faith is sin. Ro 14:1-23

Don’t worry what your brother believes in disputable matters, but make sure you do not cause him to stumble by causing him to do something he believes is sinful because he sees you doing it. Keep these liberties to yourself so they will not put your brother in conflict.

#7  When judging do it in gentleness, knowing that you can fall into the same type of sin.

Brothers and sisters, if someone is caught in a sin, you who live by the Spirit should restore that person gently. But watch yourselves, or you also may be tempted.      Gal 6:1